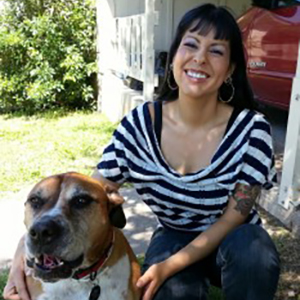 My name is Bali. I am originally from El Paso, TX and have lived in Austin for about three years. I have a five-year-old son named Fox. I also have a dog named Bruce who is a ten-year-old boxer mix. He loves lying around and playing with my two-year-old grey tabby cat named Doc Holiday. … Read moreBali